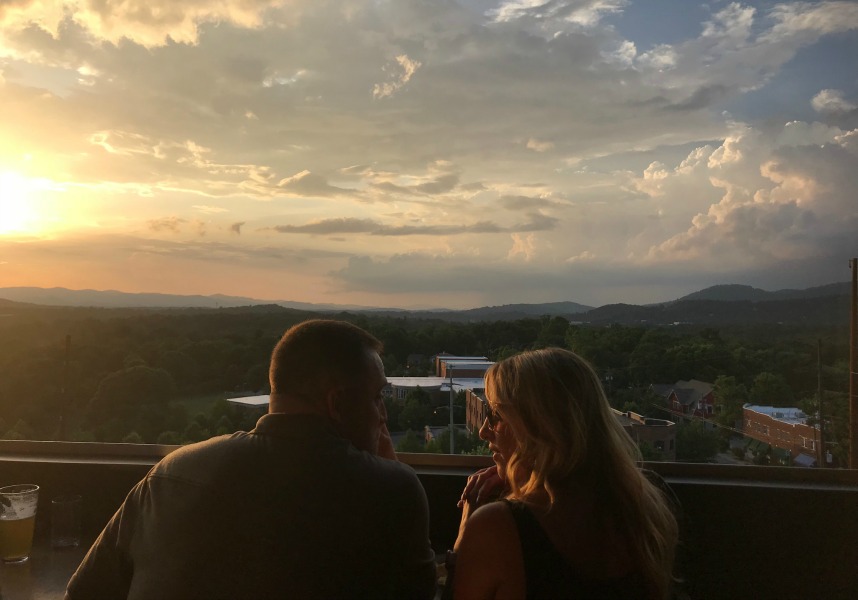 Stephanie Rogers wrote an incredible piece for our friends at Ashvegas.com titled the 5 Guys You’ll Sleep With before you leave Asheville.  She shines a light on the dating game that men, women, the LGBTQ community is playing where there are no winners. One of the solutions she suggested was to attract a diverse people to Asheville that would create an atypical dating scene.

Take it from someone who has lived in Hong Kong, São Paulo, Cape Town, South Africa, Manila, Cebu, Philippines, Heidelberg, Germany, Miami, Colorado Springs, and Denver. Diversity won’t help the dating pool. It takes a a sixth type of man that was never mentioned.

I state for the record:  the latter.

Dating across the United States, not just Asheville, has become difficult. Too many men ghosting dates, asking for their date to pay, too many catfishing with profile pictures that are a decade old, too many men who are too lazy to be active in the thrill of courtship who go to Seeking Arrangements to ‘hire’ the woman of their dreams, and too many men are secretly harboring a hatred for the thing they are most attracted to – women AKA the incel movement.

One of the reasons I launched Swipe Mic (with the help of Summit Coffee Asheville and Asheville Date Night Guide) was to change the dating scene by allowing people to vent their frustrations around poor dating choices and rituals. All the while meeting people that share their frustrations so they can build connection IRL (in real life).

First a disclaimer, all men have their issues. I write this having the most issues of them all. Heck, I have been crucified in the Asian press for a bar fight during a standup comedy show in Hong Kong where I spent nine weeks in a Chinese maximum security prison. And just five minutes prior to writing this post, I just got an email from an ex-girlfriend from Colorado who wished I would die soon (the operable word is: soon). In short, I have made my share of mistakes.

And that’s why this sixth type of Man to Sleep with Before You Leave Asheville is so important.

The Flawed Man with Big Dreams
Drug of choice: Red Bull, Vodka
Occupation: Professional but too technical to understand – he pays his own bills, has his own place without roommates.
First date: You meet on an online dating app; he meets you at a coffee house to have a conversation that becomes so interesting it leads you to having cocktails or beers at an awesome local Asheville dive bar AKA Burger Bar, The Crucible, or The Yacht Club; walks you to your car or calls you an Uber or Lyft without groping or making out with you; pays for the date and your ride home without asking to be repaid.

He gives you all his social media handles on the first date so you can social stalk him – in order to make sure he is not married, doesn’t have illegitimate children all over the place or that his name is really his name. On the dance floor, he knows how to move – and makes you feel gorgeous without grinding against you every chance he gets.  Gets a little jealous when drunk guys start pawing over you and steps in to make sure you are okay.  Or worse, when the guy doesn’t respond to being respectful, he does a slight shove to get the guy to know he means business. Always asks you to text him when you get home safely.

When sex does happen, he loves the way you taste and you do not have to reciprocate. He never finishes unless you ask him to – because he has control. You sleep like a baby and the next morning when at work you still feel tingly and have a stupid smile all day.

His flaws are – was married when he was super young but no kids and still friends with most of his ex’s. But not in a ‘friends with benefits’ way.

His big dreams that he shares with you are not unreachable.  They include writing a book, creating a company, having all daughters, or adopting a child. All things are inclusive.  You can see yourself part of it.  He doesn’t want you to change your dreams and asks what he can do to help.

Most importantly he stresses not to believe the words he says, but to watch his actions.

When other women approach him for his number or ask if is with someone, he says ‘yes’.  Then points to you. He calls you, “sexy boss lady.”

Cause of breakup: You think he is gay or a serial killer or both. You go back to dating your ex who is separated from his wife.

As Stephanie said in her article, bad dating makes for great stories. Unfortunately, before Swipe Mic, there was no way without paying a therapist or being an online blogger with thousands of followers to get the stories out there. As the saying goes, don’t hate the player, hate the game. Well I say, f**k the game.

So ladies of Asheville, it’s time to look for a different type of winner.

One Response to “Unicorns Do Exist”